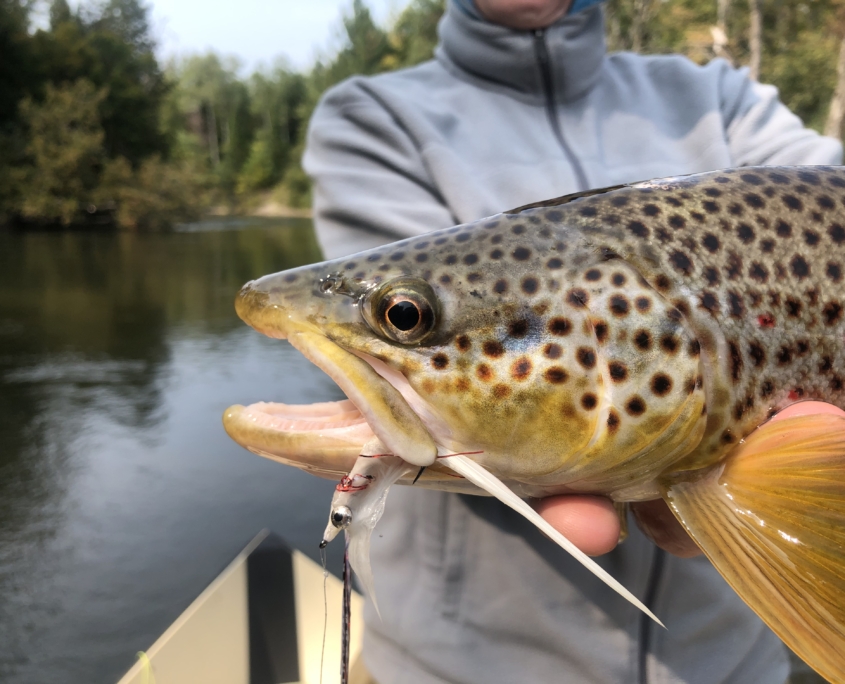 I fished the Upper Manistee early this week when the air temperatures hit the 70’s and water was in the mid 50’s. Fishing improved dramatically. In addition the the Any River Ant bite we began to get a little response on streamers.

Partially cloudy skies (mostly sun) usually make streamer fishing tough but Brendan (pictured above) made many very accurate casts. That generated some interest. While the fishing was not on fire in two days we managed three very nice fish and a handful of low teens in addition to the brooks we’ve been getting on ants.

When we had low light the Olive and White Nutcracker produced, when the sun was out a white Hat Trick was the ticket. Interesting note, almost all of the action we had was in the shade!

We are returning to cool days and cold nights next week, might be tough up there. 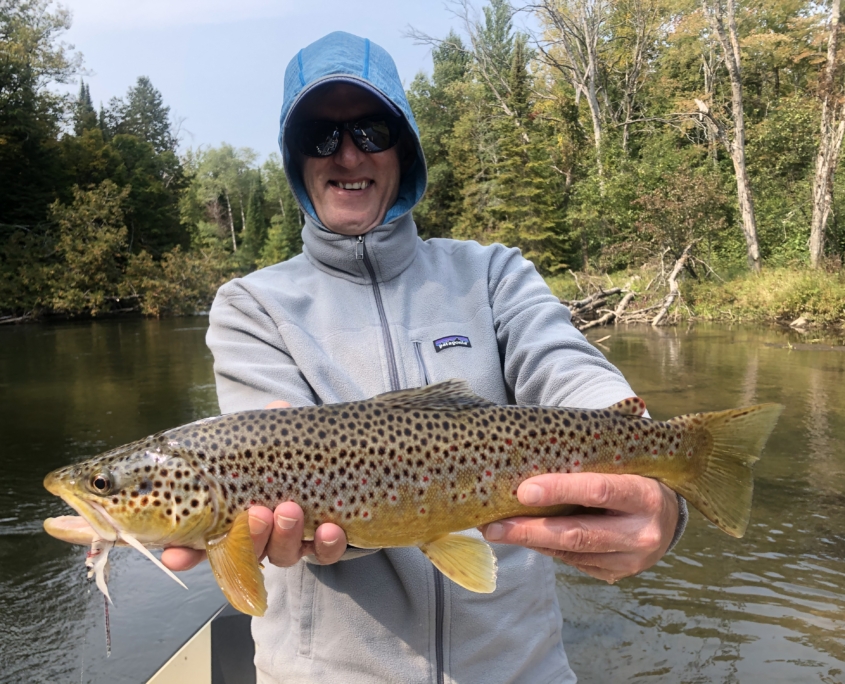 Open Boats are Available for Full day trips Northern Michigan Fishing.  Give us a call or contact us to book your fly fishing trip now.